Why a Mouthwash Ad in the UK Is Causing Controversy

Corsodyl is a medicated mouthwash available in the UK, and it’s no stranger to controversy. The producer of the mouthwash was in front of the country’s Advertising Standards Agency in 2013 for ads related to the product. But their new ad campaign has stirred up even more concern because it’s horrifyingly effective. 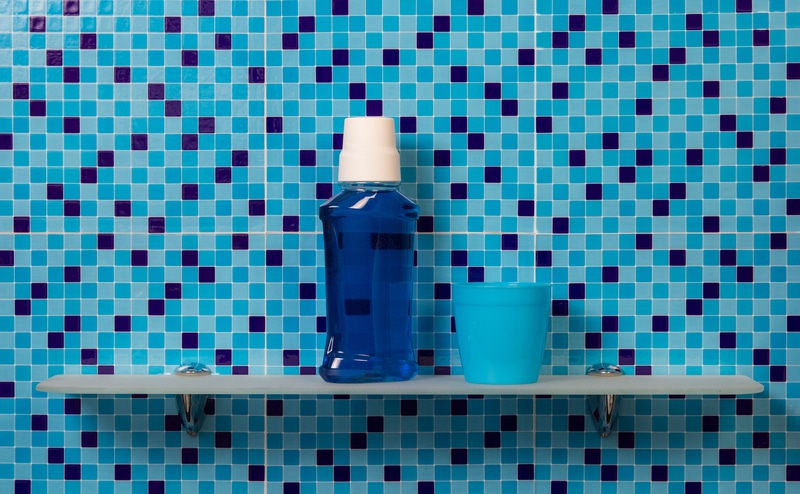 The Stuff of Nightmares

You wouldn’t think that “For people who spit blood when they brush their teeth” would be a very effective slogan. It’s so clunky and unappealing. But that’s actually part of the way this ad campaign works: it presents itself not as an ad campaign, but almost as a public service announcement. The ads are presented as if they are a piece of advice from a public health council, and they take a flat tone as they present a horrifying scenario.

In the latest advertisement, euphemistically entitled “gum disease“. Then, as the woman is getting ready to leave the house, she smiles at her reflection in the mirror and realizes that she is actually missing a tooth.

People have complained that the horrific nature of the Corsodyl commercial plays on their own nightmares. And it’s true that losing one’s teeth is one of the most common nightmares that people report. People don’t like being confronted with the images on TV and in the Underground.

The Dangers of Self-Medication

But it isn’t the horrific nature of the commercials that has people concerned about Corsodyl’s advertising campaign. It’s that the campaign has been so effective. When the advertisements began, they doubled the sales of Corsodyl in just one year. They increased the size of the medicated mouthwash market as a whole by 33%.

On the one hand, that’s good. People need to understand the dangers of gum disease and take proper steps to counter it. But those steps may not include using Corsodyl.

Corsodyl is a mouthwash with the active ingredient chlorhexidine gluconate. This ingredient is often used in the treatment of gum disease, but isn’t normally recommended as a preventive treatment. That’s because the medication has significant side effects, which can include discoloration of the teeth and fillings, as well as altered sense of taste. It can even increase the speed of tartar formation.

It might also make people think they don’t have to see their dentist to treat potential problems related to gum disease. They may even skip regular dental checkups.

Corsodyl is not for sale in the US, but we are exposed to many messages daily about potential medications that could treat conditions we think we have. The lesson of Corsodyl is highly appropriate–when you’re concerned about your health, see your doctor or dentist–don’t try self-medicating.

If you are looking for a San Jose dentist to help with your oral health concerns, please call (408) 354-5600 for an appointment at Top Down Dental.