This week marks the 20th anniversary of the shocking death of Diana, Princess of Wales. As a young lover of Prince Charles, heir to the British throne, the bride at the center of the most lavish wedding the world had ever seen, and finally as an individual woman breaking out of the shell society had built for her, Diana in many ways created the model of celebrity that many modern stars lean on in crafting their own personal narratives. And in large part, it was the charm of her beautiful smile, which helped her engage her audience and remain human despite the trappings of formality that surrounded her, that made an enduring legacy. 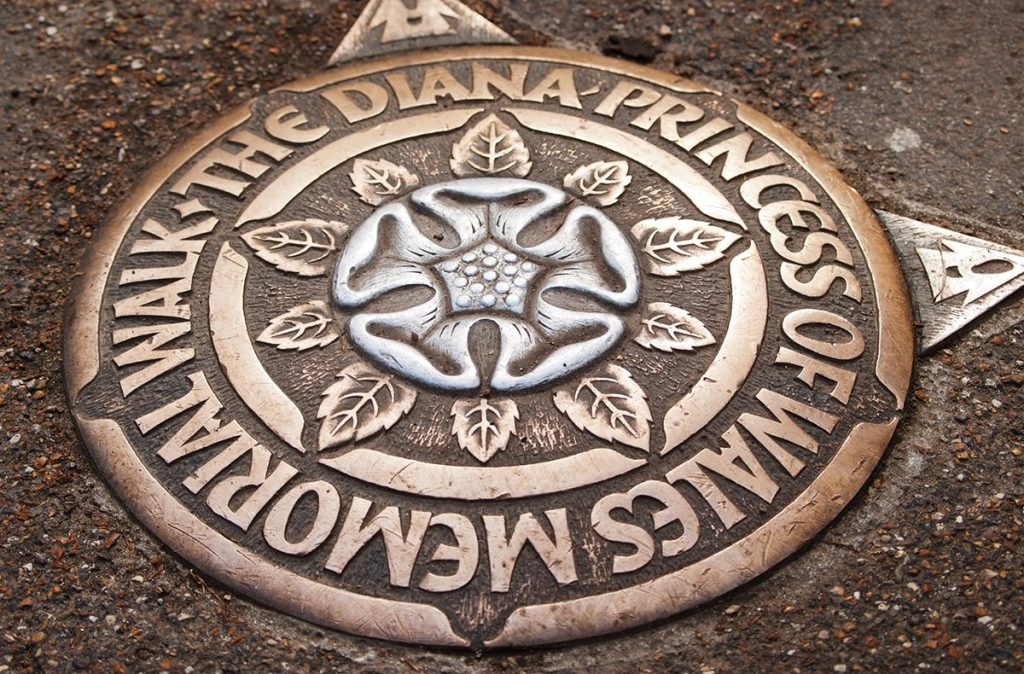 Of course, the narrative of Princess Diana was supposed to be one of happily ever after. Working as a nurse, she won the heart of the royal heir Prince Charles. It seemed so ideal: he so straight and regal and reserved, while she was so youthful and human and open. Her smile invited people in: it was an expression of openness with which she engaged her audience.

Even during the lavish ceremony, where she was practically smothered by the flouncy white gown with its 25-foot train, the whiteness of her smile had the power to break through and express true emotions.

With a Modern Twist

But a modern fairy tale doesn’t work the way traditional tales did, although in its ending Diana’s story may very well be a fitting match for Grimm’s. Even before the wedding, there were signs that things were not as well as they might have been, with Charles confessing that although he thought he was in love with Diana, he wasn’t sure what love was. And Diana for her part expressed reservations in private to her sisters, but was told that she couldn’t back out because her “face [was] already on the tea towels.” That quote has been often repeated over the years in part because of how completely it demonstrates the machinery of state that had trapped Diana at that point.

From Fairy Tale to Reality TV

It would take her years to break out of those formal trappings, but over time she managed to create her own identity in part by manipulating the media and public attention. The transaction was very straightforward. She gave us what we wanted: access into the private spaces of a life that we would otherwise never know. And we gave her what she needed: someone to share her troubles with.

At the time, it was easy to dismiss the numerous interviews and titillating reveals as mere tabloid fodder, but in the end, we were seeing someone solving the most difficult riddle of celebrity: If there’s no-one you can talk to about your troubles, you have to talk to everyone. She did this masterfully, in part because her humanity shone through in those interviews, helped her concerns seem real and human, not artificial or contrived. Underneath the trappings of royalty and celebrity, there was an individual whose story was all too familiar, and we could identify with. This transformation is one that many modern celebrities would try to replicate, including Kim Kardashian.

Unfortunately, she also realized that the media isn’t a beast at anyone’s beck and call. You can summon its attention, but you can’t dismiss it as easily. And as the media attention became too much, and she tried desperately to evade it, she, her boyfriend, and their driver–who was using alcohol and drugs–were killed in a car chase through Paris on August 31, 1997.

What Makes Her Smile so Enchanting

We have often alluded to the power of Diana’s smile. So what makes it so beguiling that even today it can move us so? In part, it’s that her smile is so much like her life. When you first see it, you are struck by its beauty and by the seeming perfection of it.

She has a classic smile shape, with the corners rising first so that she gives a strong impression of a smile at all degrees of smiling. She used her partial smile to great effect, but when she wanted she could really illuminate the room with her full smile, facing adversity as if it were the happiest day of her life. Her teeth are so bright white and healthy looking. There is just a small amount of gum showing, and her teeth give the impression of being tall and straight.

But if you look closely, you realize that they’re not quite perfect. Her left central incisor is just a touch off straight, overlapping the midline slightly. And further back on her left side, we see one premolar that’s just a little off, especially in the younger pictures. This isn’t a flaw: it’s her humanity peeking through. It’s the tiny flaw that makes the whole seem that much more beautiful.

Although Princess Diana’s legacy is complex, it hinges on the simplicity of a smile that everyone can relate to. If you’re looking for an enchanting smile in San Jose area, please call (408) 354-5600 today for an appointment with cosmetic dentist Dr. Nancy Nehawandian at Top Down Dental in Los Gatos.