How Can Couture Get Back Teeth He Sacrificed to Help Sharks Beat Knights?

The San Jose Sharks are making a run at the Stanley Cup this year with a dramatic come-from-behind series win over last year’s darlings, the Las Vegas Golden Knights. Game 7 was perhaps the most dramatic game of the season, with the Sharks coming from a 0-3 deficit in the third period to take a 4-3 lead, then have the Knights tie with just 47 seconds left, then winning in overtime.

There were definitely some concerns after Joe Pavelski hit the ice last night, and we unfortunately don’t have any update on his condition. But perhaps the most dramatic dental moment was when Logan Couture lost two teeth in Game 5. And unlike the team mascot, Couture doesn’t have an infinite supply of teeth that just move into place after they’re lost. So how can a hockey player get replacement teeth? 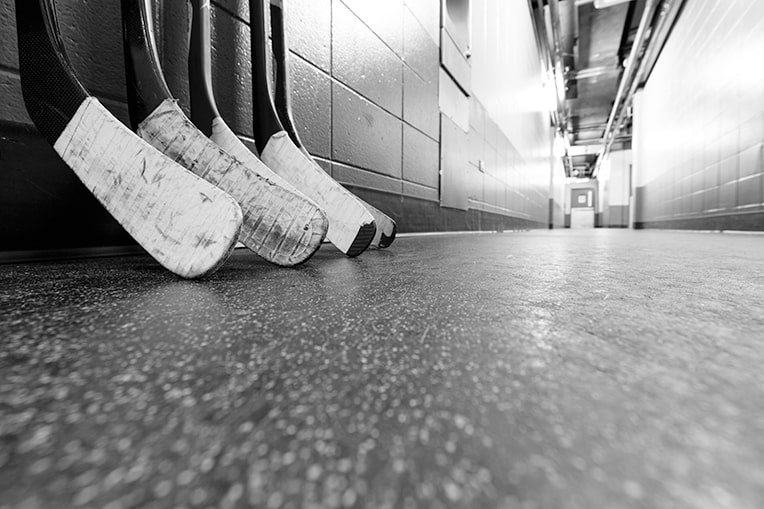 Replacements Have to Cope with Future Trauma

One of the biggest factors dentists have to consider in restoring teeth for hockey players is that the players are likely to experience more dental injuries in the future. In fact, Couture’s Game 5 injury comes just over a year after he suffered an even more brutal injury to the jaw last year. (And, in all honesty, we’re not sure that the new damage wasn’t just to the restorations from last year!)

This can be a problem for any fixed restoration. Dental implants are very sturdy, and are unlikely to break under normal wear, but in hockey, they might be vulnerable. And a broken implant can be hard to deal with.

Dental bridges face the same problem. Not only that, but if a dental bridge gets knocked out, it can  take the supporting teeth with it. Clearly we don’t want that.

To make sure a hockey player doesn’t damage their restorations, hockey players can use a removable solution. The most straightforward, of course, is a standard removable denture. These can be attractive, but their functionality is limited. This can make them less popular with people like hockey players who have the money to afford a better solution.

Another possible solution is dental implants with a removable bridge. The bridge might slip over the dental implants or it might be screwed down so that it’s fully secure.

The latter solution is one favored by at least one Mixed Martial Arts (MMA) fighter, who drives hundreds of miles to have his denture removed by a dentist before his fight. There’s less worry that the part of the implant hidden in the jawbone will break. It’s not exposed, and the jaw around it can serve to cushion the worst of the blows.

Have You Lost Teeth in San Jose?

If you have lost one or more teeth in the San Jose area, you might be wondering what replacement options you have. The truth is that you’ve got several. You don’t have to settle for traditional dentures–there are better ways to do things today.