A new study is causing a stir about the impact of magnetic resonance imaging (MRI) on metal amalgam fillings. The study shows that when people get MRIs, their fillings release mercury.

Most of the news coverage on this study focuses on the fact that high-powered MRIs caused a high release of mercury. However, the truth of the study is that any MRI triggers the release of mercury. In fact, the study shows us that simple contact with saliva may release toxic amounts of mercury from fillings, which is probably why amalgam fillings increase blood mercury levels. 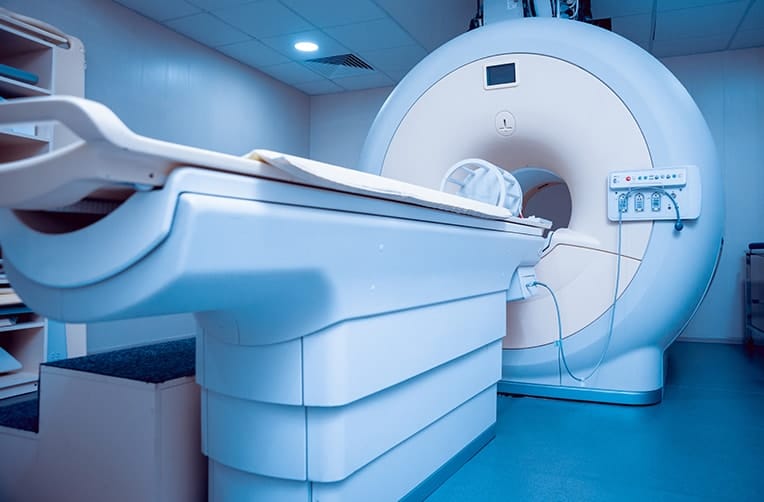 What the Study Showed

We know that mercury doesn’t stay in amalgam fillings. It can be dissolved in saliva, seep through the tooth, and evaporate into the air of the mouth. But electric currents produced in the mouth can also mobilize mercury. When you have multiple metals in the mouth (such as metal amalgam fillings and brace wire, for example), you can create a galvanic current, which could potentially release mercury.

Researchers wrote in their conclusion that the strong magnet caused the release of mercury, but the weak magnet didn’t.

Are the Study’s Conclusions Accurate?

There is no disputing that the strong magnet definitely increased the level of mercury in the saliva solution. In fact, it quadrupled the mercury levels in the solution. But is it accurate to say that normal MRIs don’t mobilize mercury?

The average level of mercury in the solutions where fillings were exposed to a weak magnet were definitely higher than those not exposed to a magnet. However, they weren’t “significantly” higher in a statistical sense. Statistical significance depends on many things, including the sample size in the study. By using only 20 fillings for each sample, researchers designed a study that was intentionally too weak to prove that regular MRIs caused small increases in the release of mercury. Based on this study, we can’t say for sure that normal MRIs increase the amount of mercury released by fillings–but we can’t rule it out, either.

In fact, it’s important to note that just the regular saliva solution caused a significant release in mercury from the fillings. It might seem like a concentration of just 0.141 ppm is really small, but the EPA has set the maximum contaminant level goals (MCLG) for mercury at only 2 ppb (parts per billion), which is just 0.002 ppm. In other words, even without being exposed to a magnetic field, the saliva solution acquired a mercury concentration 70 times what is considered a toxic level of mercury.

You might object that in the mouth, the metal amalgam never sits in saliva for 24 hours–we swallow our saliva every few minutes. That is true, but it doesn’t protect us from mercury release. In fact, it probably increases our mercury exposure. When an element has a low concentration in solution, it tends to dissolve more rapidly. So every time we produce new saliva that doesn’t have mercury in it, the uptake process increases again. And studies of the actual mercury concentration in saliva of people with metal amalgam fillings shows that the mercury levels are never below the EPA’s MCLG, and may be as high as 0.56 ppm! Some of the mercury from your saliva is absorbed by your body, but some of it is passed into the environment, making you a walking source of toxic water.

If you have metal amalgam fillings, they will release mercury into your mouth. This study shows that the process is dramatically accelerated by high-powered MRIs (and possibly by normal MRIs), but even without magnetic fields mercury seeps out of your fillings into your saliva.

But you don’t have to accept that your saliva will be toxic. We can follow the protocols to safely remove your metal amalgam fillings without increasing your exposure. This will then stop the flow of mercury from your fillings into your body.

Are you looking for a mercury free dentist in the San Jose area to remove your metal amalgam fillings? Please call (408) 354-5600 today for an appointment with holistic dentist Dr. Nancy Nehawandian at Top Down Dental in Los Gatos.