If you’re familiar with Luke Evans, you’re probably impressed with his godlike appearance. Okay, maybe only godlike in the judgment of Hollywood casting directors, who slotted him for roles such as Zeus and Apollo (possibly the most handsome of the Greek pantheon). But you can’t dispute that he is a truly handsome man.

And although he was partly chosen for his singing ability, it was also partly his appearance that won Evans the role of Gaston in the upcoming Beauty and the Beast live action film, coming out this Friday, March 17. And, overall, his attractive smile is part of what makes him such a handsome man, but for one flaw: fangs. And it was because of these fangs that Evans had to wear false teeth for filming. 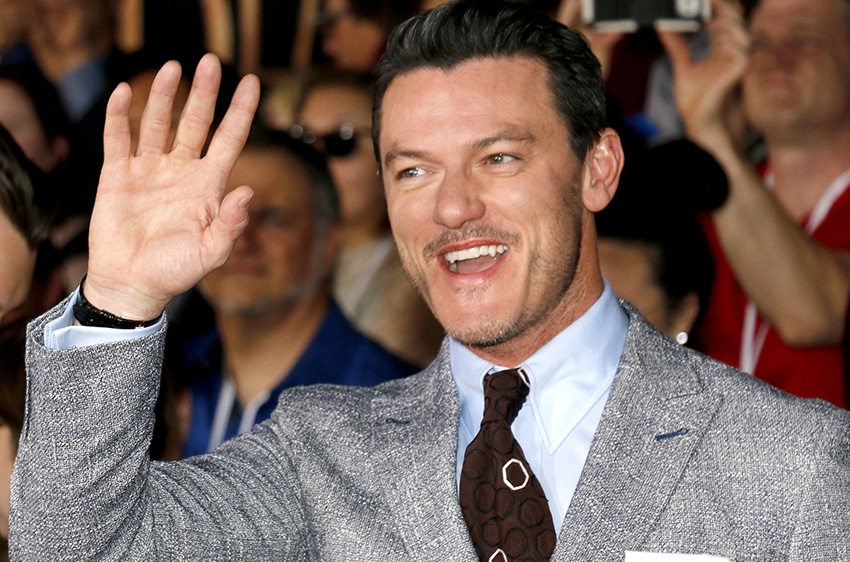 For most of Evans’ roles, there has been little concern about the appearance of fangs. In fact, when he was cast as Vlad in 2014’s Dracula Untold, they were considered a positive asset to his appearance.

But for Beauty and the Beast, the director didn’t like the appearance of fangs. There is a certain irony to this because in the animated version of the film, Gaston has very pronounced fangs. They help to make him a sinister and intimidating individual, and give a menacing cast to his populism. They also help to mark him as hypermasculine, since larger canines is one of the chief characteristic differences between men’s and women’s teeth. It also helps imply that he is the one who’s truly the beast in the film.

And therein may be the problem. People on the production may have felt that his beastlike fangs muddied the symbolic nature of “beast” in the film. To make a clearer distinction between the two male leads in the film, they decided that Evans should wear a prosthetic that gave him a more traditionally “Hollywood” smile.

To meet the demands of the production, a set of removable teeth was made for Evans. They evened out his teeth, disguising the appearance of his fangs (as well as the small amount of crookedness in his upper teeth).

Evans confessed that he thought it was weird having to wear the fake teeth. He wasn’t used to how these removable teeth felt. He said they interfered with his speech, and he had to wear them home just to get used to how they felt.

But fear not: they didn’t interfere with his singing. Evans confessed that they had recorded the songs at another time, so he wasn’t wearing the false teeth when they did that part.

Is Your Smile Ready for Your Closeup?

If you are unhappy with the current appearance of your teeth and want to get a Hollywood smile that looks and feels natural, we can help. Please call (408) 354-5600 today for an appointment with San Jose cosmetic dentist Dr. Nancy Nehawandian at Top Down Dental in Los Gatos.