As we move into the autumn eating season in San Jose, we know that there are numerous occasions where we’ll be eating more sugar than is good of us, and sugar that can cause cavities. Halloween kicks off the sugary holidays, and it all goes downhill from there! So you might be thinking of finding some alternatives that can reduce your sugar intake over the season. This is a good idea, and a central tenet of holistic dentistry: diet is a powerful influence on your oral health. Unfortunately, many of these choices will actually be worse for you. These substitutions are definitely worse for your teeth and may be worse for your overall health. 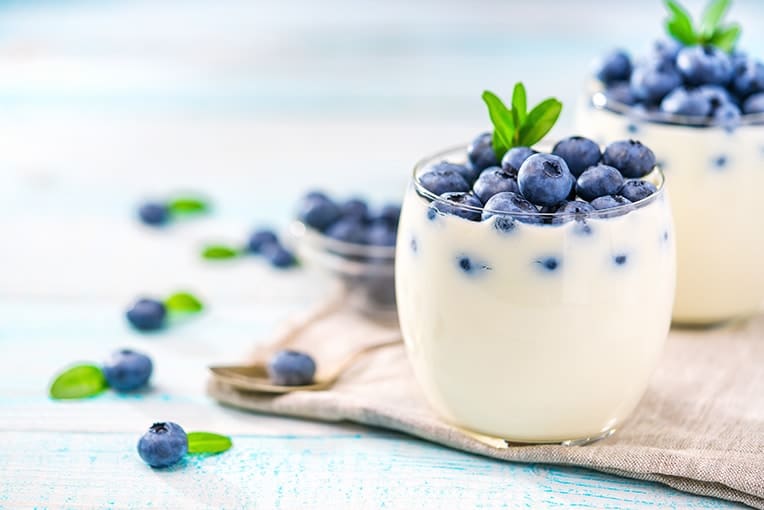 Low-Fat Yogurt Instead of Donut

This seems like a no-brainer, right? Donuts are full of sugar while yogurt has calcium plus probiotic cultures that can help protect your teeth from harmful bacteria.

While the logic seems good, it doesn’t actually hold up under scrutiny.

A simple glazed donut contains about 11 grams of sugar, nearly three teaspoons, but many low-fat yogurts have much more, perhaps as much as 47 g of sugar–nearly 12 teaspoons!

And while we’re on the subject, there are many other breakfast foods that are higher in sugar than donuts. For example, cereals often contain more sugar than a donut. We’re not saying you should eat donuts for breakfast every day, but be smart about your choices. If you do eat a donut, try to eat just one, and pick a simpler style that is lower in sugar. And when you’re choosing yogurt, make sure you’re selecting ones that are low in sugar.

Flavored Coffee Instead of Cider

Apple cider is a sugary sweet drink that comes out in autumn. It’s a tasty flavor of the season, but you probably have a sense that it’s high in sugar. And you’re not wrong. A cup of cider can have 30g of sugar, more than 7 teaspoons of sugar.

But if you think that switching to flavored coffees is going to reduce your sugar intake, that’s where you’re mistaken. You see, some coffee drinks from Starbucks are just loaded with sugar, sometimes as much as 80 g of it–20 teaspoons!

If you want to make coffee your healthy “altumnative” drink, you can. Just order it black and add the sugars and spices yourself. We guarantee you’re not going to take the time to put 20 teaspoons of sugar in it. (And we’re pretty sure your coworkers wouldn’t let you live it down if you did.)

Smoothie Instead of Soda

We know that soda is bad for our teeth. It’s full of sugar and it’s acidic, so it both dissolves your teeth and feeds oral bacteria that dissolve your teeth. Definitely want to avoid it at all costs.

However, don’t let anyone catch you with a smoothie if you’re saying you’re cutting back on sugar. A can of cola can contain 39 g of sugar, almost 10 teaspoons, but smoothies can be even worse. A small smoothie–small–can have 67 g of sugar, almost 17 teaspoons of sugar. And when it comes to acid content, the two are about the same.

Be Smart to Eat Healthy

One of the best things you can do to improve your oral health is to make sure you’re eating a tooth-healthy diet, one that’s low in sugar, high in nutrients, and high in antioxidants, especially those that have been shown to combat inflammation and impair the function of oral bacteria.

If you are looking for a dentist who can help you make smart lifestyle choices that are good for your oral and overall health, holistic dentist Dr. Nancy Nehawandian is a great alternative to your usual dentist. Please call (408) 354-5600 today for an appointment at Top Down Dental in Los Gatos.