Does Sleep Apnea Age You?

Despite a slight reversal in recent years, people are generally living older now than in the past. Not only that, but we have higher standards for ourselves as we age. We want to look younger, feel younger, and act younger than in the past. 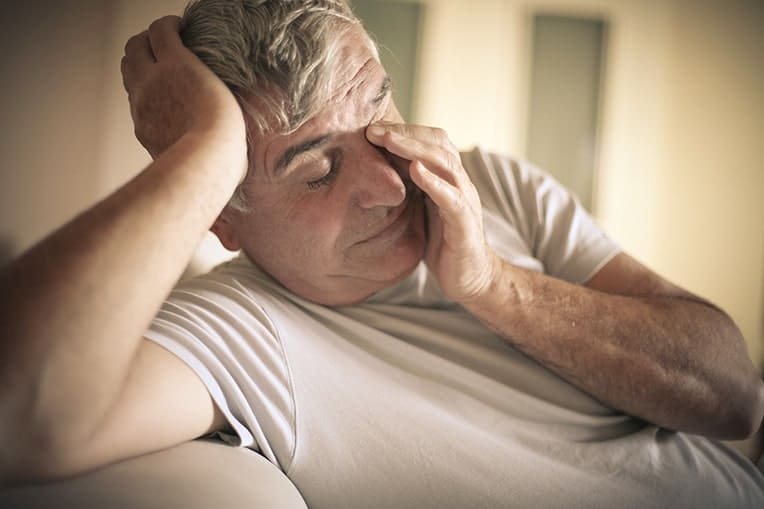 For this new study, published in the International Journal of Molecular Sciences, researchers looked back at previous research into how sleep apnea can trigger the release of inflammatory cytokines. Cytokines are compounds that your immune system releases to communicate with and control other cells.

Over the short term, the release of these compounds can help your body fight infection, but over the long-term, they can cause serious damage and disruption to the body’s normal function. In this study, researchers looked at three main mechanisms that linked sleep apnea to the release of cytokines:

These mechanisms, they showed, led to an increased release of tumor necrosis factor α (TNF α) and interleukin 6 (IL-6). They picked these two cytokines because they have been well-studied and they are prototypical of cytokines studied in sleep apnea patients.

How Cytokines Age You

Cytokines are supposed to protect the body. However, when they aren’t being properly controlled, they can cause damage to the body. While TNF α is supposed to help the body fight cancer, chronic release of the compound has been implicated in the growth and spread of cancer. It has also been implicated in premature dementia, which has been independently linked to sleep apnea (as well as gum disease). TNF α plays a protective role in the skin, but it likely also plays a role in skin aging linked to UV exposure, so increases in TNF α may accelerate this process.

We can also see the fingerprint of IL-6 in some of the health effects linked to sleep apnea. High levels of IL-6 are correlated with heart and blood problems, including endothelial dysfunction, hardened arteries, and scarring of the arteries.

The researchers who worked on this article hope that their work starts exploration into alternative ways of treating sleep apnea. They hope that instead of focusing on the sleep disturbance and breathing interruptions, we can focus more on the effects of sleep apnea, treating each one at the cellular level. They hope that we can, for example, design holistic approaches to sleep apnea treatment that utilize diet and other lifestyle factors to counteract the disruptions of sleep apnea.

However, such treatments are a long way off. For now, we have to focus on the treatments that we have available, and make sure that people get a treatment that they can benefit from. For many people, this is oral appliance therapy, which is comfortable, easy to use, and very effective. For many people, it’s a better choice than CPAP, which is often prescribed first.

If you would like to learn more how sleep apnea treatment in San Jose can help you stay healthy, please call (408) 354-5600 today for an appointment with sleep dentist Dr. Nancy Nehawandian at Top Down Dental.