Could a Soda Tax Save Teeth?

Although there wasn’t as much publicity as for the larger races, a lot was at stake up the road in San Francisco, Oakland, and Albany when voters decided on new soda taxes. The addition of a new one cent-per-ounce tax on sugary beverages has the potential to dramatically decrease consumption of sugary beverages.

Although much of the drive for these laws has been directed at reducing obesity and diabetes, the laws also have the potential to reduce the risk of tooth decay among people of all ages. We will have to watch the success of these measures, but if they have their intended effect, it might be a good idea to adopt similar policies in San Jose and Los Gatos. They could significantly help our preventive dentistry efforts.

The First Soda Tax in the Nation

Although there had been a lot of talk about the impact of sugary drinks on obesity and diabetes, there was little action being taken. There were a few attempts at banning large sodas in some places, but these failed.

Then up the road in Berkeley they acted on a fairly simple solution: a tax on sugary drinks, which voters passed in 2014. A similar measure in San Francisco failed at the same time.

This tax amounted to a one cent per fluid ounce tax on sodas and other sugar-sweetened beverages. 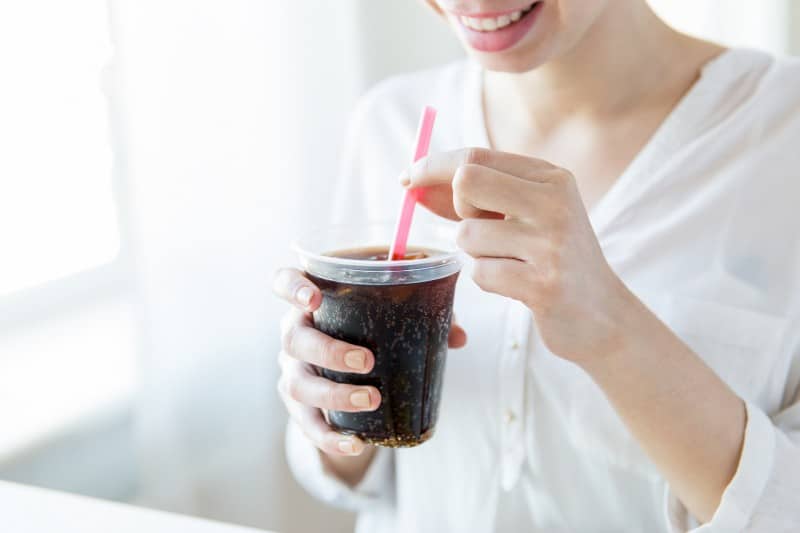 The tax only went into effect last year, but it seems to be highly successful. At least, that’s according to a study recently published. For this study, researchers went around and asked people how many sodas they consumed on a daily basis. Before the tax, people in Berkeley and San Francisco consumed about the same amount of sugary drinks: 1.25 per day. However, when researchers came after the tax was in place to ask the same question, they found the two communities had diverged. In San Francisco, sugary drink consumption was up slightly (it was a hot summer), but in Berkeley, consumption was down by about 20%.

This decrease is more than economists would have expected based on the price difference. Especially because retailers absorbed about 30-50% of the cost of the tax, only passing on the remainder to consumers. And the price point between sugary and non-sugared drinks isn’t very large to begin with.

Instead, they claim it was the campaign behind the law that made the difference. They point out that everyone got an extensive education into the dangers of excessive soda consumption.

However, even though the law failed there, people in San Francisco also got the same education. But, it seems, without the tax, they didn’t act on the knowledge. Perhaps the tax was effective as much as a reminder as an actual deterrent.

What happens with these new taxes will tell us more. With four different soda taxes in the San Francisco metropolitan area, plus an even higher soda tax in Boulder, CO, we should have enough data to know how much of an impact the soda tax has on consumption.

Should We Pass a Tax in San Jose or Los Gatos?

The answer to whether San Jose and Los Gatos could benefit from a sugar tax depends on how effective the tax proves to be in other cities. However, even if other taxes are not as effective as the Berkeley tax, any decrease in soda consumption helps improve your health–including your dental health.

As a biological dentist, Dr. Nancy Nehawandian understands that your oral health depends on many factors, including your diet. Despite advances in preventive dentistry, we continue to lose the battle against decay, partly because of sugary drinks.

If you are looking for a biological dentist in Los Gatos who can help you understand a comprehensive approach to protecting your health, please call (408) 354-5600 today for an appointment at Top Down Dental.