Bleeding or swollen gums? Here’s what you need to know 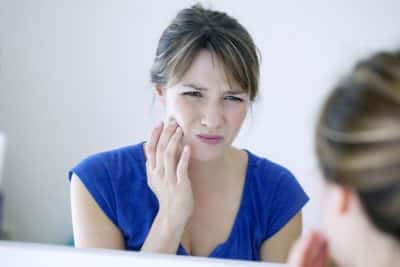 You brush your teeth and your gums bleed a little. You blame the toothbrush, or brushing too hard. The fact is, gums shouldn’t bleed from brushing. If yours are, you could have gum disease. Gum disease is common, but it’s serious. If left untreated, it can lead to receding gums and eventual tooth loss. In addition, it’s linked to many serious health conditions.

Bleeding gums or gums that are swollen are an early sign of gum disease, also known as periodontal disease from the Greek “peri” (around) and “odont” (tooth). We usually divide the condition into two classifications: gingivitis, which is a less serious early form, and periodontitis, which is much more serious.

At this stage, plaque is present. Plaque is a film of bacteria that forms on your teeth and gums. When it hardens, it’s called tartar and has to be scraped off by a special dental instrument.  Typical symptoms of gingivitis include red, swollen gums, gum tenderness, bleeding gums, and persistent bad breath. Left untreated, gingivitis can progress to periodontitis, but it doesn’t always, and we’re not entirely certain why.

The Dangers of Periodontitis

Periodontitis is a more serious form of gum disease. As bacterial populations increase, they damage the gums, causing them to detach from the teeth and the jawbone. Bacteria can then attack the tooth roots and the bone around your teeth. But bacteria aren’t the only problem. As the infection becomes more serious, the immune system starts to take a “scorched earth” approach and uses methods to kill bacteria that also destroy your bones and your gum tissue. It also seems that some oral bacteria have ways of influencing your immune system, and they can deliberately turn it on your own tissues.

In periodontitis, you will notice tooth sensitivity, receding gums, tooth mobility, and loose teeth. You may start to lose teeth.

Treatment for gingivitis is simple and involves cleaning away the plaque and tartar. We may also recommend changes to your home hygiene routine and might recommend more frequent cleanings for a while. Periodontitis treatment is more involved, and usually consists of scaling (cleaning) and root planing. Root planing exposes the tooth root to clean out the bacteria below the gum line and smooth the surface to inhibit bacteria from growing there.

Bacteria in your mouth can spread throughout your whole body. At the same time, problems in other parts of your body can affect your oral health. Certain medical conditions, like cancer, dementia, heart disease, and diabetes, have been linked to gum disease. Gum disease and lost teeth have been linked to a higher risk of early death.

Gum disease and pregnancy are often companions, due to hormonal changes, but gum disease is linked to a higher risk of pregnancy complications. Even if you brush and floss regularly, you may get gum disease due to other factors. Sometimes you inherit it, or it can be caused by medications you are taking.

You should never see gum disease as your fault, or something to be ashamed of. If you see signs of gum disease like swollen, reddened or bleeding gums, get to the dentist right away. Gingivitis is completely reversible, and periodontitis can be prevented. Healthy gums are the key to healthy teeth and an important part of good overall health.